Check out this rave review of Federer Versus Murray, published in the newest Salmagundi!

“I’ve rarely seen (an audience) so moved and stricken with grief as this one.” 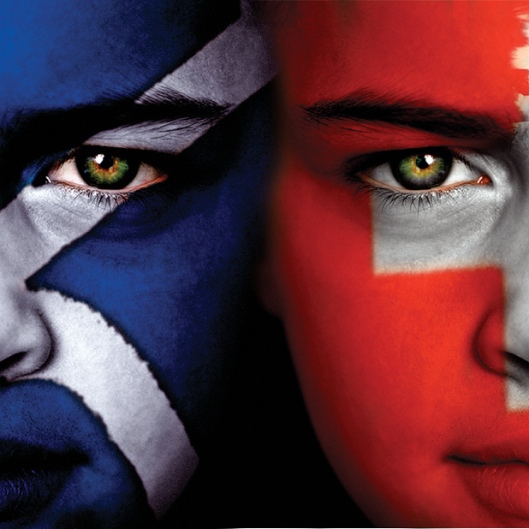 The new issue of Salmagundi—Spring-Summer 2012—is just out and features the complete text of playwright Gerda Stevenson’s Edinburgh Festival Fringe hit “Federer Versus Murray,” as well as a long interview with playwright-director-lead actress Gerda Stevenson, conducted by Skidmore professor Bob Boyers.

In a novel partnership with the 59E59 Theater in New York City, Salmagundi will distribute copies of its new spring/summer issue to all who attend Gerda Stevenson’s “Federer Vs Murray” during its three week run at the theater, which starts tonight.

“Tennis is the informing backdrop or metaphor for the play, but is by no means the subject,” says Robert Boyers, editor of Salmagundi. “The play is personal and political and tender and feral and thoroughly unnerving. It’s so unlike anything lately performed on American shores as to be completely disarming.”

Boyers and his wife, Peg, Salmagundi executive editor, were so taken with “Federer Vs Murrary” when they first saw it at the Edinburgh Festival last August that they saw it again with novelist Michael Ondaatje. Equally impressed, Ondaatje helped them to persuade Stevenson to commit the play to the pages of Salmagundi.

Because of this arrangement, the playwright then decided to submit her play to an international competition, which she won. That led in turn to the three-week run of the play at the 59E59 Theater. Here’s the link to information about the New York production:

To further celebrate this collaboration, Salmagundi is offering first time subscribers a two year subscription to the magazine for the one year rate of $20 — plus a free copy of the current issue even if you can’t make it to the theater. Please select the Subscribe Online option at the top of this page to take advantage of this offer before the last night of the production of “Federer Versus Murray” at the 59E59 Theater, April 22.

Among other gems to be found in the new issue:

• a long memoir by novelist Howard Norman on the suicide that took place in his house and led to repercussions that are still felt by the author and his poet-wife Jane Shore;

• the first installment of a regular SALMAGUNDI column by the great Yugoslav novelist Dubravka Ugresic, in which she writes about exile and the loss of a language and the miseries of living “in translation”;

• the 2011 Sigmund Freud Lecture delivered in Vienna last spring by novelist-essayist Siri Hustvedt, in which she considers the intermediate region between illness and “real life”.